Available in different amounts and concentrations. 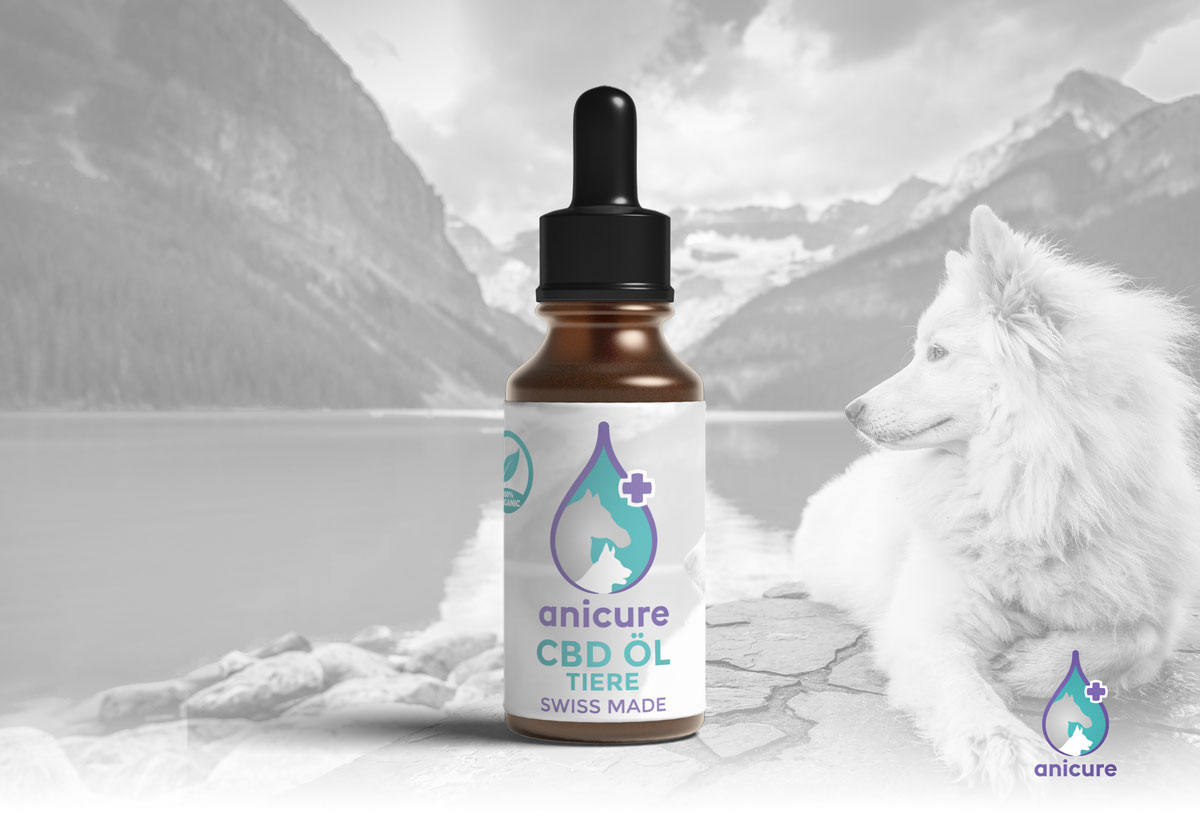 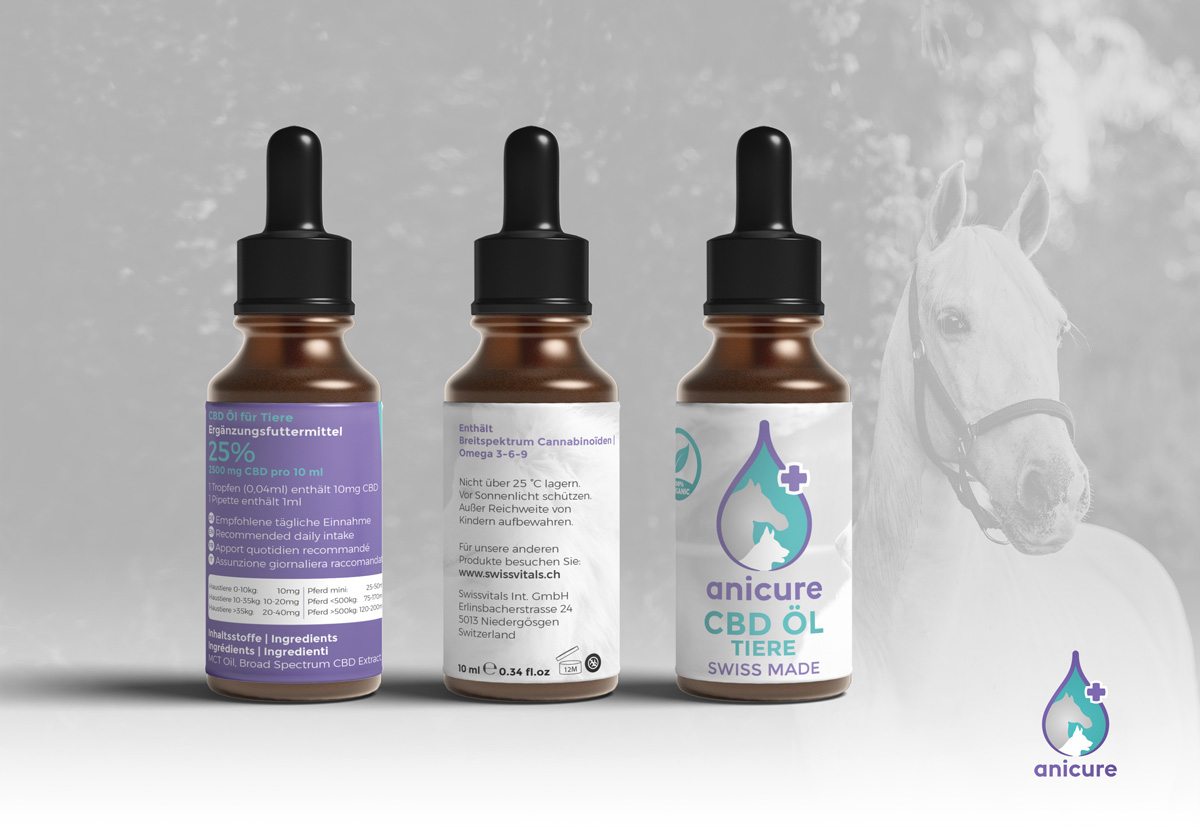 Benefits for our animals

CBD is an organic messenger in the “endocannabinoid system”, a natural and crucial part in the body of humans and animals. Research on this system is extensive, with years of examination and hundreds of studies.

What is the endocannabinoid system?

The animal endocannabinoid system (ECS) is a major signaling system that exists your animals. It continuously monitors any instability within the body and returns it to a state of balance or homeostasis so that the internal environment remains stable.

CBD and other cannabinoids are compounds that activate this system. Cannabinoids, both naturally produced by the body (endogenous), and those supplemented from cannabis (exogenous), act as “keys” to these receptors, turning on a variety of functions.

Within the ECS there are two main cell receptors — CB1 and CB2:

CB1 receptors exist mainly in the brain and central nervous system. They impact areas such as appetite regulation, memory, emotions and feelings of pain.

CB2 receptors are concentrated in the gastrointestinal tract and peripheral nervous system (nerve cells outside the brain and spinal cord) and modulate immune cell functions. When activated, they help reduce inflammation.

Endogenous cannabinoids are produced when the body signals that they are required, but are quickly degraded. Offering CBD (exogenous cannabinoid) allows the ECS to work harder and be more productive to help our animals deal with health issues such as:

CBD isolate means that the product contains only CBD with no other naturally occurring cannabinoids, including THC. That also means that other substances that are found in the plant, such as terpenes and flavonoids, have been fully extracted.

Full-spectrum means that besides CBD it contains all cannabinoids (less than 0.2% THC), as well as terpenes, flavonoids and active essential oils.

Broad-spectrum products also contain the whole plant compounds like full-spectrum, but the THC has been removed.

It used to be thought that CBD isolate was the best approach. But now it is better understood that the cannabinoids and plant compounds found in full-spectrum and broad-spectum CBD create a synergism where they work together to complement each other, providing a more beneficial result for the health of our animals.

It’s important to note that farm animals and domestic animals such as horses, dogs and cats can benefit from hemp-derived full-spectrum CBD, even though they cannot tolerate the THC molecule contained in hemp. The tiny amount of THC found in our Anicure products is absolutely safe and may further increase the entourage effect.

Our products contain high amounts of FULL and BROAD spectrum CBD, that have been UNIQUELY extracted using a food grade solvent and a unique extraction method. Making sure that the full working potential of all molecules are preserved.

What is the best dosage for our animals?

Dosages are weight dependent and based on the severity of the situation. It is best to start slowly, and then increase the dose as needed. A little trial and error is necessary to find the right dose that is best for your animals. Keep in mind that it takes about 2 weeks for the animal’s body to experience relief and will continue to improve over time.

Dosage recommendations are not standardized. However, through research, studies and applications, here are generalized daily guidelines. We have found that dividing the dose into two servings is better than administering once daily.

How to administer CBD

There are several ways to administer CBD:

Sublingual: Placing the drops under the tongue and holding them there for 30 seconds provides good bioavailability and kicks in quickly. This is difficult to do for animals and is not recommended since most droppers are made of glass and can cause injury if bitten.

Oral: Adding CBD to food, swallowing a CBD capsule, or chewing a CBD gummy, will take the longest time for the effects to become apparent, but this method is longer lasting than under the tongue. Pellets (typically available for animals) that are extruded are better absorbed than pellets that use binders, providing improved bioavailability and hence, lower effective dosing.

Pulmonary: CBD vapes are available. While this has the highest bioavailability, it has the shortest duration of action. We do not recommend this for animals, particularly not for animals with any respiratory conditions, since it could be potentially harmful.

Topical: CBD is absorbed well into the skin and is beneficial for targeted areas.

The combination with high quality CBD and organic ingredients has allowed us to introduce a unique animal product range to the market.

The high-quality CBD full body wash gently cleanses and restores the skin and coat. It helps with many common skin problems. Dermatologically tested.

The high-quality CBD repair SOS cream soothes the skin and helps with wound healing and scar reduction. To be used for chapped, dry and/or damaged skin. The specially developed cream helps the animal skin to heal faster. Dermatologically tested and applicable to all (domestic) animals.

HEALTH & FOCUS NUTRITIONAL SUPPLEMENTS
Supplements to support and improve the wellbeing of your pet or horse. Good nutrition is the foundation of good health. 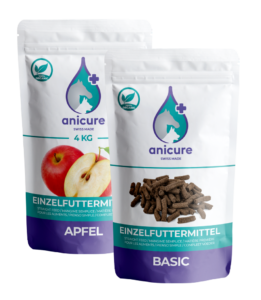